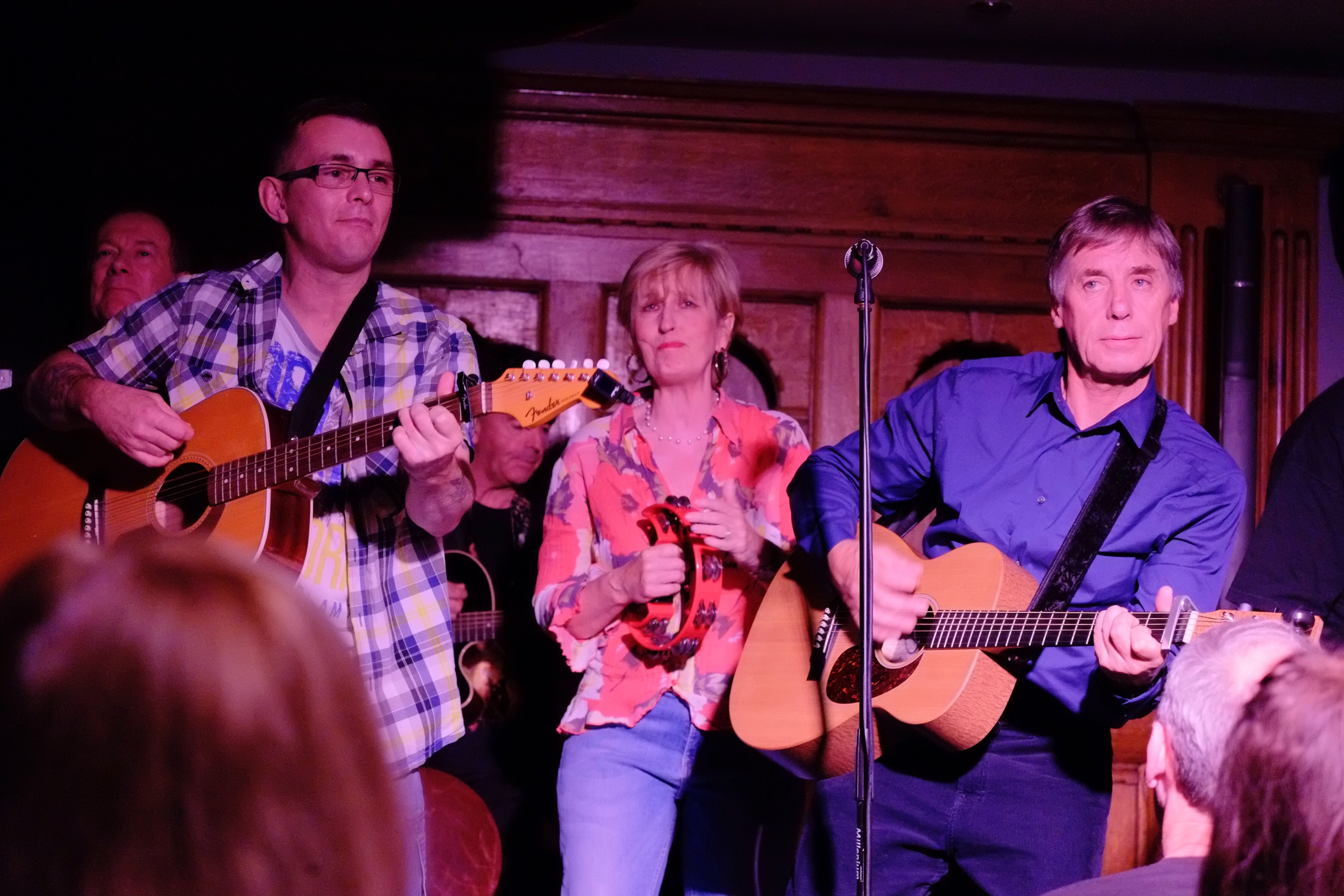 A show which started two years ago in Largs Players summer season returned to town this year as a stand-alone entertainment. Invisible, the musical which combines members of Largs Players with performers from SHIMS (Scottish Head Injuries Musical Support group) were invited by the Quarriers organisation to stage the show at the Pace Wynd Theatre in Paisley and the Beacon Theatre, Greenockwith proceeds to charity. Drew Cochrane, Pat Nicol, George Whitestone and Gordon McMurray take part. Latest show is at the Brisbane House Hotel on Friday, September 20.

Former professional songwriter Robin, who toured with rock star Ronnie Lane, and Slim Chance in the 70s has written the musical on behalf of SHIMS (Scottish Head Injuries Musical Support) group of which he is chairman.

Former Largs editor Drew Cochrane, who is secretary of SHIMS, which provides music and drama therapy for adults recovering from serious head and brain trauma, has collaborated with Robin on the script which  formed one half of the  Summer Theatre.

Robin, who had given up music after being involved in a horrendous car crash in Irvine in the 90s, was enticed back to picking up his guitar when he visited a branch of Headway. He began to write again, with many of his songs reflecting the effects of head and brain trauma.

Recently, Robin, who worked for legendary Scottish songwriter and record producer Bill Martin in London, joined his fellow SHIMS colleague Drew Cochrane in a 20 minute spot on BBC Radio Scotland's John Beattie programme highlighting the project which, it is hoped, will become a motivational film if funding can be found. Indeed the Players were delighted to present a cheque for £1200 to the charity as their portion of proceeds from the summer venture.

It is hoped the show will be presented in other venues as a fund-raiser for SHIMS.

In the comedies, Angie Kelly and Jon Wilkin appeared in 'Holiday' while George Whitestone and Gordon McMurray did a hilarious 'drag' duo act in 'Nun Run.'