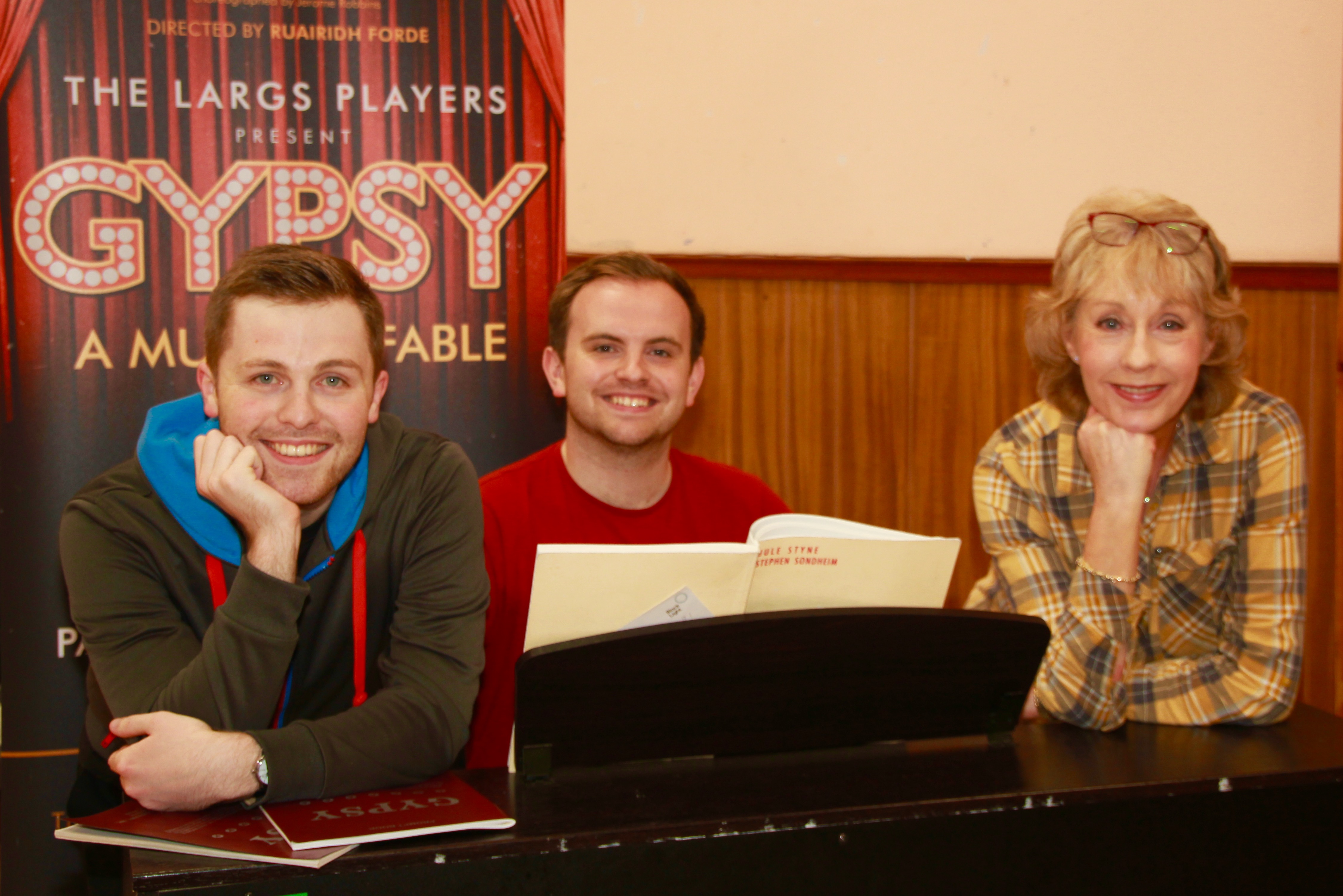 Gypsy was the latest Players' Spectacular

Broadway and West End hit was a Barrfields sensation

The West End and Broadway spectacular success of the musical Gypsy burst upon Barrfields Pavilion Theatre stage in Largs in October. Following their Full Monty and Caledonia USA sell-out shows Largs Players presented another dazzling musical under the guidance of talented young director Ruairidh Forde and musical director Ryan Moir from October 5 to 7.

Recruited in the massive lead role of Rose was Kirsty Campbell with a great supporting cast, including some of the most talented local youngsters. Gill Sullivan played Gypsy with Jonty Cameron as Herbie.

There were large audiences for the three shows which have been acclaimed by local audiences and the press.

Gypsy is loosely based on the 1957 memoirs of Gypsy Rose Lee, the famous striptease artist, and focuses on her mother, Rose, whose name has become synonymous with "the ultimate show business mother." It follows the dreams and efforts of Rose to raise two daughters to perform onstage and casts an affectionate eye on the hardships of show business life. The character of Louise is based on Lee.

The musical - considered as one of the best ever American theatre stories - contains many songs that became popular standards, including "Everything's Coming up Roses", "Together (Wherever We Go)", "Small World", "You Gotta Get a Gimmick", "Let Me Entertain You", "All I Need Is the Girl", and "Rose's Turn".The music of Jule Styne with lyrics by the legendary Stephen Sondheim is frequently described as one of the crowning achievements of the mid-20th century's conventional musical theatre art form, often called the "book musical".

The Players who have just finished their 24th successive summer theatre season had to think long and hard about how to follow up last year's world premiere of the Gallagher and Lyle musical, Caledonia USA, which played to five full houses at Barrfields. This is their ambitious choice. Tickets are available on our online booking page or www.ticketsource.co.uk